Machavert is developing molecules to inhibit the RAS superfamily RAL (RAS-like) GTPases that are responsive to RAS effectors and critical drivers of oncogenesis. This strategy has the potential to effectively suppress multiple forms of KRAS mutant cancers that collectively are driven by multiple KRAS mutations and other intrinsic factors. Aberrant RAL GTPase activation increases tumor initiation, cancer spreading, and metastasis formation, and RAL GTPase inhibitors have the potential to control these processes. Although RAL GTPase has attracted a lot of attention in scientific literature, it remains a novel target that has yet to be benchmarked for the variety of KRAS mutations. Published literature states that KRAS G12C and G12V mutant cancer growth are particularly affected by RAL GTPases.

We primarily focus on KRAS G12C and G12V mutations, for which we are creating a detailed KRAS cancer biomarker map for the optimal utilization of RAL GTPase inhibition in different KRAS mutations and cancer types. This biomarker map will allow for predicting an optimal therapeutic utility of RAL GTPase inhibitors and identify optimal combination treatments for various cancer types and KRAS mutations. Our primary targets, KRAS G12C and KRAS G12V are heavily represented in NSCLC, colorectal cancers, and pancreatic cancers. 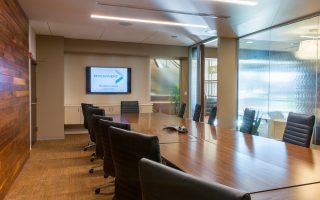 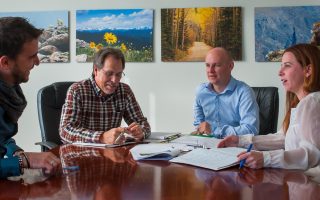 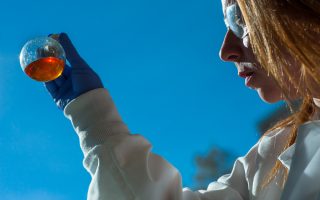 Our mission and our goals

Our primary goal is to improve the lives of patients suffering from difficult to treat cancers. Machavert currently focuses on the development of novel RAL GTPase inhibitors for IND enabling studies and early clinical trial entry.

At Machavert, we believe that the key to our success is a close collaboration in a creative team.

We are a group of passionate innovators with multidisciplinary expertise; focused on the challenge to create new ways to treat cancer. 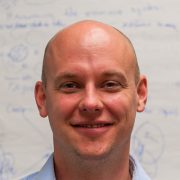 Jakub co-founded Machavert and acts as Chief Executive Officer. Prior Machavert, Jakub has worked as a scientist at numerous research organizations such as Argonne National Laboratory, IL, University of Gothenburg in Sweden and University of Liverpool in the UK. Jakub has also worked and was closely involved with our partner company Areko as a director and advisor to the executive team. Jakub graduated and holds Ph.D. from the Institute of Chemical Technology in Prague. 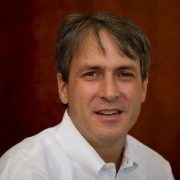 Neal Goodwin serves as Chief Scientific Officer responsible for all research and development programs. Neal recently served as Vice President, Corporate Research Development for Champions Oncology (NASDAQ: CSBR) where his responsibilities included the development of a patient-derived xenograft pharmacology portfolio for personalized oncology and translational oncology solutions. He previously served as the Director, Research and Development and the founding Program Director of JAX Cancer Services where he established a patient-derived tumor biology program in collaboration with over 20 clinical cancer centers. Dr. Goodwin is a co-founder and former Chief Scientific Officer of ProNAi Therapeutics (now Sierra Oncology; NASDAQ: SRRA) and he has served as a senior research scientist in genomic technologies at Pharmacia. Dr. Goodwin received a Ph.D. in Microbiology from The University of Montana and served a postdoctoral fellowship in functional genomics at The Jackson Laboratory with John Schimenti (now at Cornell). 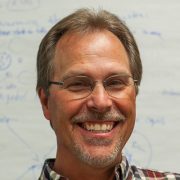 Greg focuses on discovery of novel small molecules and lead optimization to create prospect candidates for drug development. Greg has over 15 years of experience in medicinal chemistry and has worked at research positions both at small and large organizations such as Abbot Laboratories, Array Biopharma and lastly as an Associate Director at the Colorado Center for Drug Discovery at Colorado State University. Greg has been involved in almost all aspects of preclinical drug discovery and has worked in the areas of cancer, inflammation, pain and anti-virals. Greg authored several research papers and patent applications, graduated from the University of Wyoming, obtained Ph.D. from Colorado State University and was an American Cancer Society post-doctoral fellow and the University of Texas, Austin.

Jakub co-founded Machavert and acts as Chief Executive Officer. Prior Machavert, Jakub has worked as a scientist at numerous research organizations such as Argonne National Laboratory, IL, University of Gothenburg in Sweden and University of Liverpool in the UK. Jakub has also worked and was closely involved with our partner company Areko as a director and advisor to the executive team. Jakub graduated and holds Ph.D. from the Institute of Chemical Technology in Prague.

Cofounder and Board Member 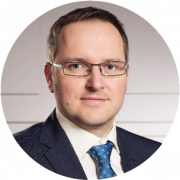 Michal cofounded Machavert and helps with investor relations. Michal currently holds the CEO position in biggest online travel agency in CEE – Invia.cz, a.s. and as investor participates in multiple other projects in Czech Republic, Poland and Russia. Michal graduated at the University of Economics in Prague.

International Chairman, Board Member and Advisor. 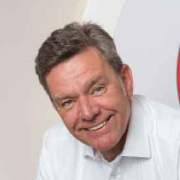 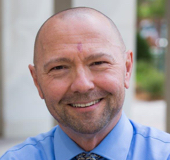 Dan Theodorescu is the Director of the Samuel Oschin Comprehensive Cancer Institute at Cedars-Sinai, Los Angeles, CA. Dr. Theodorescu was previously the Director at the University of Colorado where he was also a Distinguished University Professor, incumbent of the Paul Bunn Chair in Cancer Research and Professor of Surgery (Urology) and Pharmacology. Dr. Theodorescu is known for his work on the molecular mechanisms underlying bladder cancer and tools that determine drug response as well as discovery of new drugs for cancer. Examples include discovery of genes that regulate tumor growth and metastasis (RhoGDI2, AGL, GON4L) and novel biomarkers (DNA/NGS, RNA and proteomic) and concepts for precision therapeutic approaches such as the COXEN principle, that are currently being tested in national (SWOG) clinical trials. He also conceptualized the approach and then led the discovery and development of a “first in class” RalGTPase inhibitor as a new therapeutic in cancer. This drug is now in commercial development. His laboratory is funded by grants from the NIH-NCI. Theodorescu has published over 300 articles including articles in Nature, Science, Cancer Cell, PNAS and JCI. He is the recipient of a number of awards, sits on several society boards and federal government committees and is the founding co-editor of Bladder Cancer, the first journal focused on this disease. He is an elected member of the American Society for Clinical Investigation (ASCI), the American Association of Genitourinary Surgeons (AAGUS), the American Surgical Association (ASA) and the National Academy of Medicine (NAM).

Director of the Center for Cell Signaling, University of Virginia 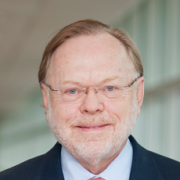 David Brautigan is the F. Palmer Weber endowed chair for medical research and Director of the Center for Cell Signaling in the Department of Microbiology, Immunology and Cancer Biology at the University of Virginia School of Medicine. He is the co-leader of the Cancer Cell Signaling program, and member of the executive committee of the UVA Cancer Center. His research has focused on cell signaling and protein phosphorylation, and the biochemistry of phosphatase and kinase enzymes. Dr. Brautigan has authored more than 240 scientific articles, and been principal investigator of research grants from the National Institutes of Health (NIH) and various private foundations. He was elected fellow of the American Association for the Advancement of Science and serves on the editorial board for scientific journals, an advisor for programs and centers at Virginia and other Universities, and on scientific advisory boards for foundations. He was one a founding member of the Molecular and Integrative Signal Transduction (MIST) study section at NIH and its chairman 2010-2012. He has more than 30 years experience as a consultant for pharmaceutical and biotechnology companies, and has supported commercial distribution of over a dozen licensed research reagents.

David Brautigan received his B.A. degree with honors in chemistry at Kalamazoo College, MI, a M.S. in chemistry and a Ph.D. in biochemistry from Northwestern University in Evanston, Illinois. He was a Muscular Dystrophy Association postdoctoral fellow at the University of Washington, Seattle with 1992 Nobel laureate Edmond H. Fischer. Before being recruited to Virginia in 1994 Dr. Brautigan was Professor of Medical Science at Brown University, Providence, RI where he taught biochemistry to undergraduate and medical students and served as Director of the Ph.D. program in Molecular, Cell Biology and Biochemistry. 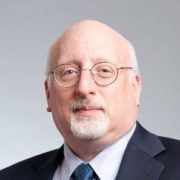 Dr. Greenberg is the Chief Scientific Officer and Senior Vice President at Atreca, a privately held biotechnology company developing novel therapeutics based on a deep understanding of the human immune response. He previously held positions including Senior Vice President for Translational Medicine at Checkmate Pharmaceuticals, Vice President of Global Research, Oncology, at MedImmune – AstraZeneca, and as Senior Director of Research, Oncology, at Pfizer. As an academic, Dr. Greenberg held appointments as a Full Member of the Clinical Research Division at the Fred Hutchinson Cancer Research Center in Seattle, and as a tenured Professor of Urology and Molecular and Cellular Biology at Baylor College of Medicine in Houston. Dr. Greenberg received a BSc in microbiology and immunology from the University of Toronto and a PhD in microbiology and immunology from the University of British Columbia. He performed postdoctoral research at Baylor College of Medicine in Houston. 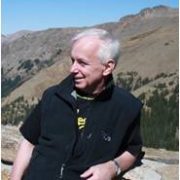 Pavel is cofounder and CEO of Areko, Czech Republic. Pavel ensures smooth cooperation between Areko and Machavert and advises Machavert in both business aspects as well as R&D matters related to natural phospholipid processing and manufacturing. Prior Areko Pavel held executive positions in a major Czech medical products manufacturer Chemopharma; including CTO and CFO. Pavel graduated at Institute of Chemical Technology in Prague. 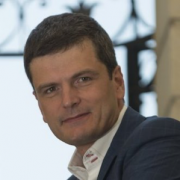 Ondrej is invested in Machavert and provides us with general business advice. Ondrej was the founder and for 16 years the CEO of Netretail, the largest CEE e-retailer with €400m revenues. He raised multiple funding rounds and managed several large M&A projects, including exit of the business in 2012 to Naspers and to Rockaway in 2015. Currently, he is general partner of Reflex Capital, investing in early stage innovative projects in Central Europe and U.S.A.

We have partnered with leading firms to provide us with additional expertise, guidance and resources.